The band have released two albums, NW and Air Fàir an Là, both to critical acclaim – with the latter gaining a spot on the longlist for Scottish Album of the Year. Well known for their incredible collaborations (Julie Fowlis, Kathleen MacInnes, SIAN) and forward- thinking sound, the band are at the forefront of the new wave of Scottish traditional and Gaelic artists that are ‘redefining trad music’ (The National newspaper).

Live, their spellbinding audio / visual show enlists musical collaborations and visual spectacles which have won them legions of fans and perform at venues across the UK including a sold out show at the infamous Barrowlands in Glasgow. Festival appearances have included Celtic Connections, Hebridean Celtic Festival, Cambridge Folk Festival, Skye Live Festival, Rudolstadt Germany and The Rainforest World Music Festival in Borneo.

The band is also much sought after for their experience with music commissions for high profile national events. In 2018 they created a bespoke score for Edinburgh’s Hogmanay fireworks display in collaboration with BAFTA Award winning composer Dan Jones and the BBC National Orchestra of Wales. They produced the music for Castle of Light, a six week event for 80K visitors installed at Scotland’s premier historical attraction, Edinburgh Castle. More recently the band joined with Edinburgh’s Hogmanay again to create a soundtrack for their ‘Fare Well’ video project. Featuring a spectacular drone display set to words by Jackie Kay, the Scottish Makar, the project was a huge success with over six million views of the video globally.

With a third album in the works, plus a number of high-profile commissions in progress, Niteworks look forward to bringing their unique show to audiences in 2022.

Face Coverings
Physical Distancing
Venue Areas Sanitised
Vaccination Passports Required
Additional Information Please note that in line with current government legislation, face coverings must be worn and vaccination certificates will be required at this event. The venue also encourages physical distancing of patrons where possible. We will update this page if legislation / guidance changes.

Bar open from 7.30pm in the ETH Lounge 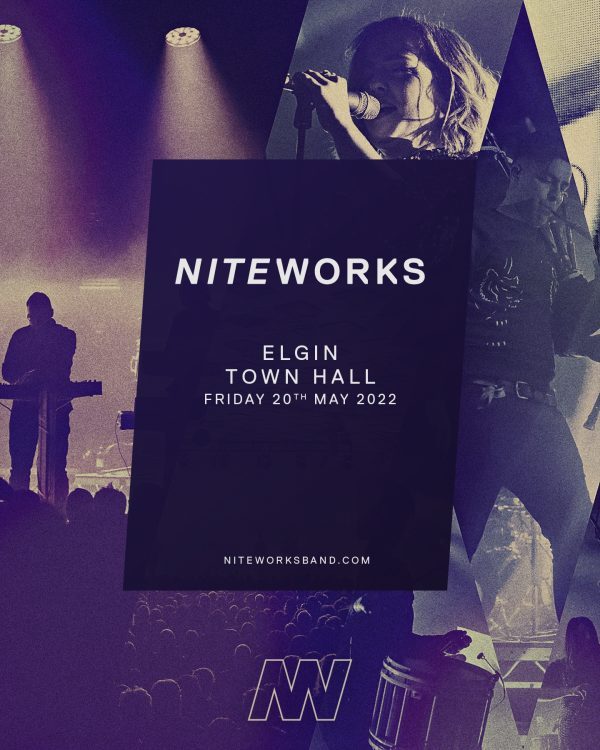 This website uses cookies to improve your experience while you navigate through the website. Out of these, the cookies that are categorized as necessary are stored on your browser as they are essential for the working of basic functionalities of the website. We also use third-party cookies that help us analyze and understand how you use this website. These cookies will be stored in your browser only with your consent. You also have the option to opt-out of these cookies. But opting out of some of these cookies may affect your browsing experience.
Necessary Always Enabled
Necessary cookies are absolutely essential for the website to function properly. This category only includes cookies that ensures basic functionalities and security features of the website. These cookies do not store any personal information.
Non-necessary
Any cookies that may not be particularly necessary for the website to function and is used specifically to collect user personal data via analytics, ads, other embedded contents are termed as non-necessary cookies. It is mandatory to procure user consent prior to running these cookies on your website.
SAVE & ACCEPT
X
X
X
X