“Grab your wands, don your house robes, and apparate yourselves to Elgin Town Hall on July 19th! A very magical improv show awaits…

Spontaneous Potter is an entirely improvised Harry Potter comedy play, based on an audience suggestion of a fanfiction title. An entirely new Potter adventure is magically improvised on the spot – with live musical accompaniment!

Brought to you by the comedy improvisers behind the critically-acclaimed and award-winning “Spontaneous Sherlock”.

“Side-splitting laughter across the entirety of the performance” – Three Weeks (★★★★★)

“Professional quality improv done so, so right… certainly an event which lives up to its own hype” – Edinburgh49 (★★★★)” 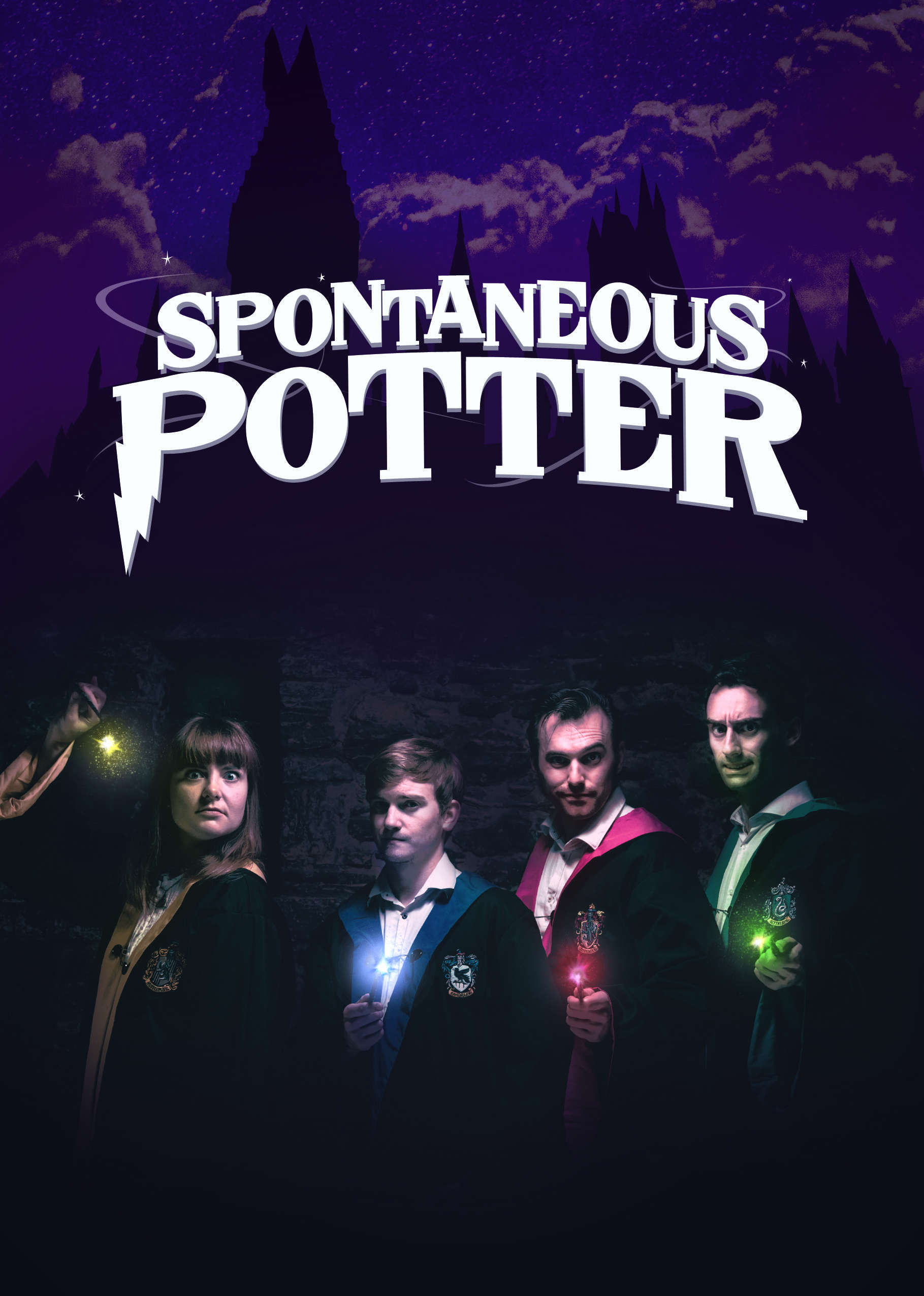 This website uses cookies to improve your experience while you navigate through the website. Out of these, the cookies that are categorized as necessary are stored on your browser as they are essential for the working of basic functionalities of the website. We also use third-party cookies that help us analyze and understand how you use this website. These cookies will be stored in your browser only with your consent. You also have the option to opt-out of these cookies. But opting out of some of these cookies may affect your browsing experience.
Necessary Always Enabled
Necessary cookies are absolutely essential for the website to function properly. This category only includes cookies that ensures basic functionalities and security features of the website. These cookies do not store any personal information.
Non-necessary
Any cookies that may not be particularly necessary for the website to function and is used specifically to collect user personal data via analytics, ads, other embedded contents are termed as non-necessary cookies. It is mandatory to procure user consent prior to running these cookies on your website.
SAVE & ACCEPT
X
X
X